At the beginning of the trimester before starting developing our individual projects , we were working in groups in order to explore new ways of working and collaboration.

Definition of a workplace - the model

The first assignment was about representing our personal definition of a workplace in a model.
The first student had to start the model creating his/her own personal vision, then the second student and later the third one had too apply his/her own vision modifying or adding or changing something from the model received.
At the end of this process the outcome was a model based on our three different perception merged together.
This model was the starting point for our group projects. 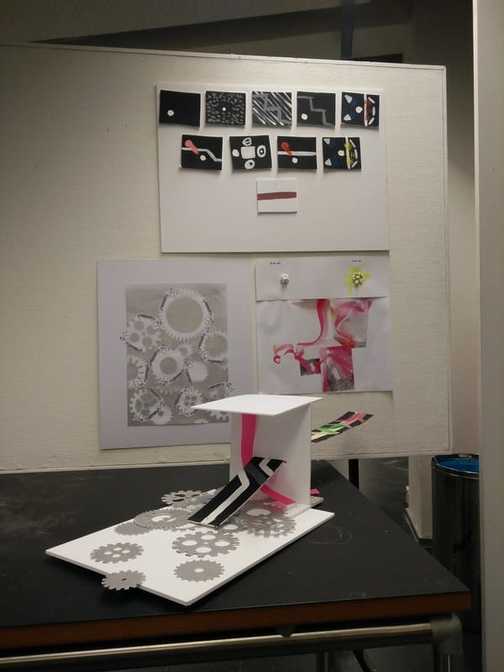 ​When I started thinking about the idea of a workplace I noticed that I consider as a workplace a space where there is more people who are co-working, instead of just working. So this co-workplace is of course a place with people inside.
It is a place where they share ideas, projects and collaborations; between this people there will be a relationship, a connection. Anyway each entity inside this complex system plays his own role, as any person is specialized in something different, in different fields in the workplace. Even so they are all necessary one for the other,
they are linked and connected together as a network.
They will work as a mechanism, as a complex system in which everything is connected every entity is connected with the prevoius one and is depending on the outcome of the previous one as a clock mechanism or as a production line.
I was the third student of the group, so I added a system of gearwheels. 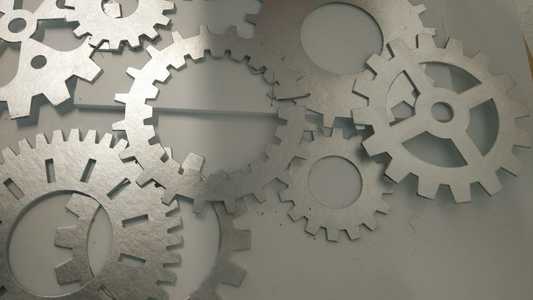 Qualify our workplace - An interactive helmet as a workplace

The second assignment was to define in a more physical way our workplace.
At this point we tried to combine our previous abstract ideas and come out with a second model,
which could qualify and quantify in a way our workplace.
So we created a hanged model with a flexible and interactive structure
​with materials which could simplified the fundamental elements that characterize our workplace.
We used wood, metal, glass, fabric, coffee, light and music.

Video making - We can work wherever we want

For the third assignment we had to make a movie. We decided to change point of view and instead of presenting abstract ideas of a workplace, we chose to be as realistic as we could and we record ourselves during our dailylife.
We wanted to show who we are, where do we work, which are our needs in a workplace, how different we can be and especially how our pleasure and work time collapse.

While we were recording a video for the course Visual Comunication ("the depressed room" - see below in Visual comunication),
​we were also recording ourselves talking about thematic design and what we were going to do.
In this video we tried to show: what we do when we don’t work, when we work but we are stuck,
and from what each one of us can be inspired. 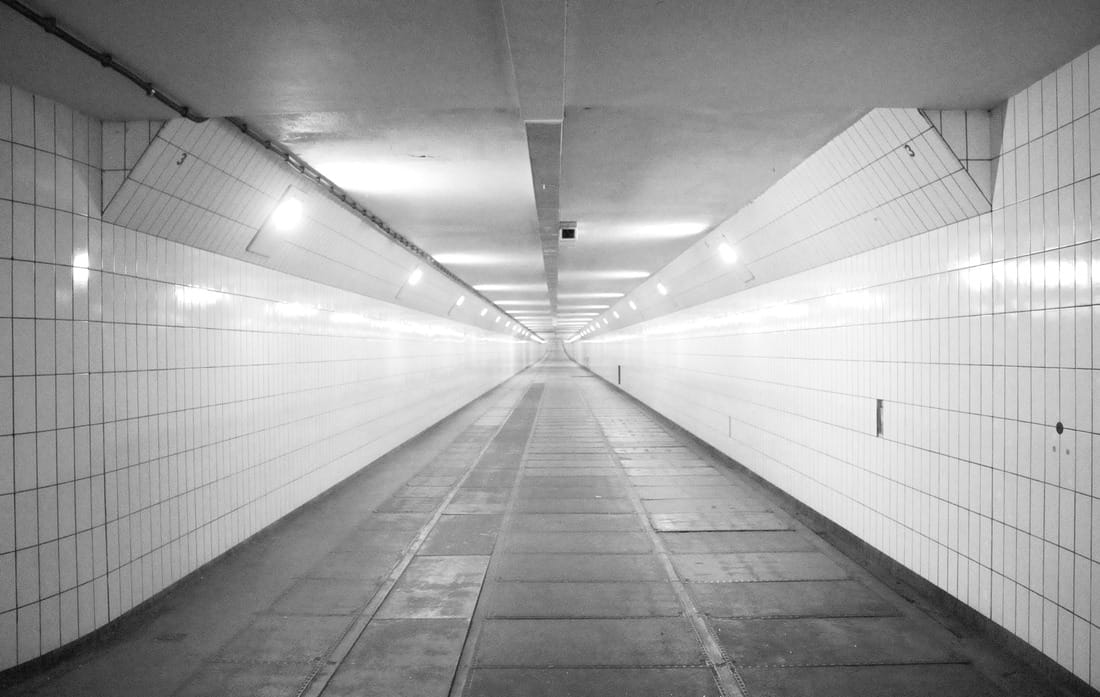 The first session of visual and communication took part in Maastunnel of Rotterdam, an iconical historic area of the city.
During this workshop we had to record our 5 senses in mind maps.

​The next step of this assignment was to create something based on one of our mind maps and on one theme of our preference.
We decided to make a video which could represent the sense of hearing and the theme was IN(DE)FINITO.

Our second assignment was to record our temporary studio in a way that the video will deliver a feeling.
We had to decide which feeling we wanted to represent and he choose depression.
We were asked to film the room without people or objects, using the camera techniques and post production
​to create the 'depressed feeling'. 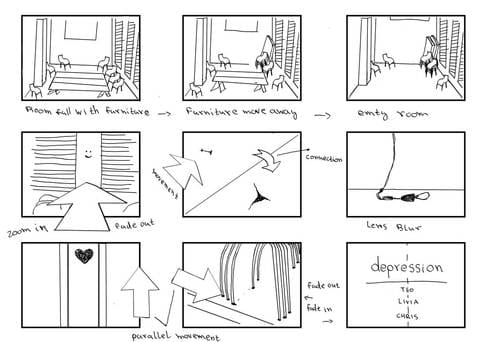